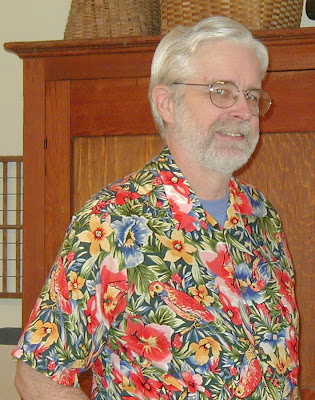 Okay, maybe "shock & awe" and "nice shirt" aren't at opposite ends of the same scale. I think this one rates highly on both counts. 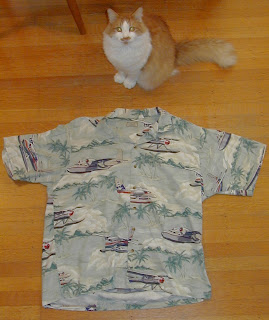 My attempt at an Evil Grin doesn't seem to look that evil, just dorky -- sorta like Chris's Fierce Look isn't all that fierce.

And for those who are inclined to complain if there isn't an occasional cat picture, here's Webby supervising the recording of a float plane shirt.
at 11:16

I love the float planes, & not just cause Webby is in the photo also--that's a great shirt!
They should make a Hawaiian shirt with cats on it.

i see hawaiian shirts with cats on them quite often

your parrot shirt is frightening

i will catch the evil grin with a camera eventually