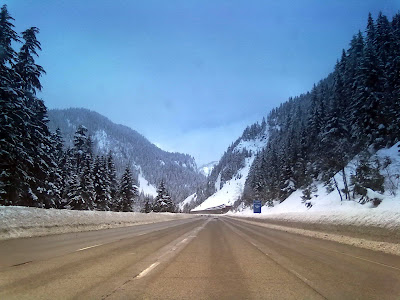 One hours drive from our front door we can be thoroughly in the mountains (or in ten minutes walk to a tidal beach - I get to the beach more often). 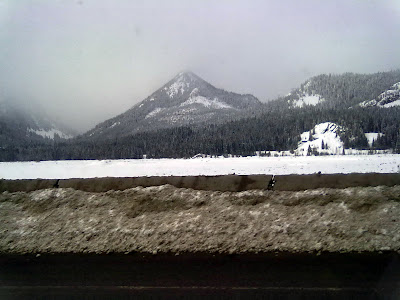 Looking across to where the old road disappears beneath the (ice- & snow-covered surface) of the later Lake Keechulus.

I have loved the Yakima Canyon since I first drove through it in April, 1975, on my way to an army training course on counseling that would eventually have a profound impact on my life.

Umtanum Creek, which flows down a long side canyon into the Yakima River, has become one of my all-time favorite places. 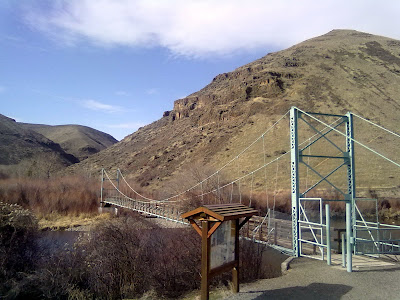 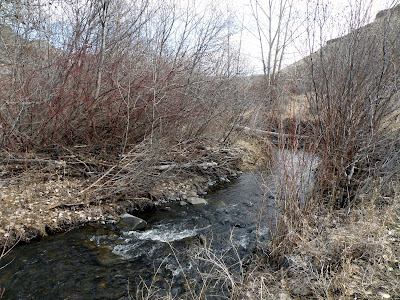 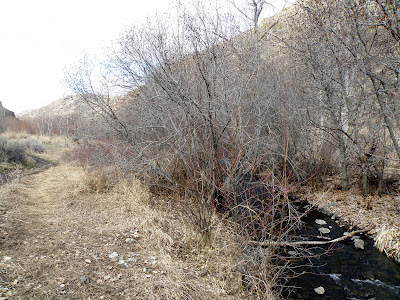 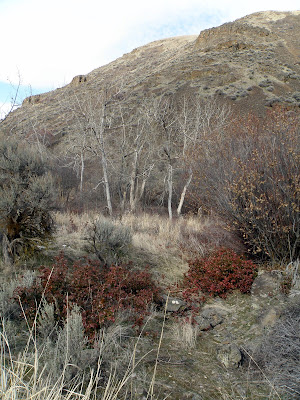 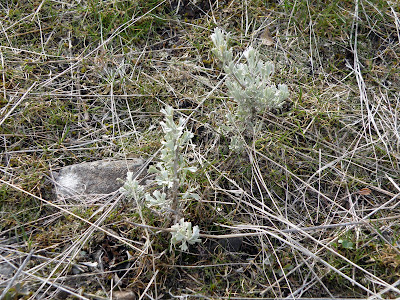 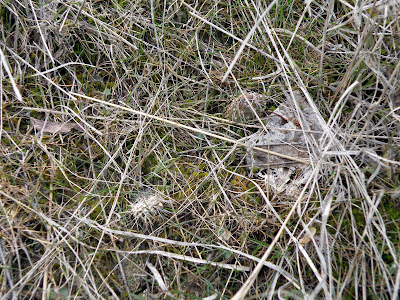 Cacti, ~2" high. This may be the same group that I photograph every visit. 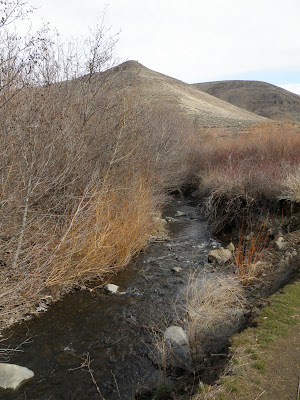 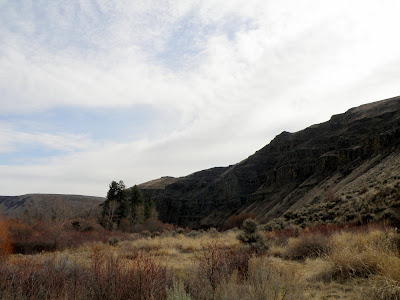 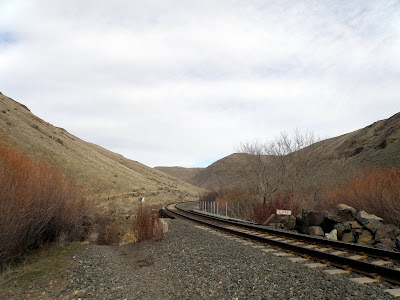 The old Northern Pacific line from Seattle & Tacoma comes over the mountains from Auburn via Stampede Pass, then follows the Yakima River to Richland, where it turns north to Spokane, before heading through Montana to Minneapolis-St. Paul. 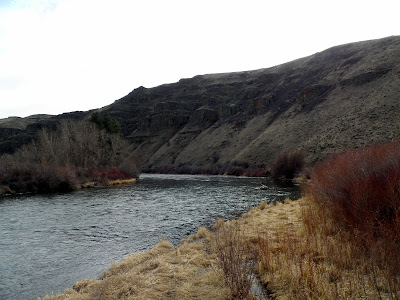 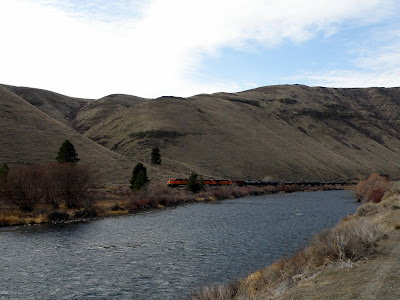 About a mile up river from the Recreation Area, I found an empty tank train coming towards me. BNSF's Stampede Pass line is now used to move various trains of empties East. 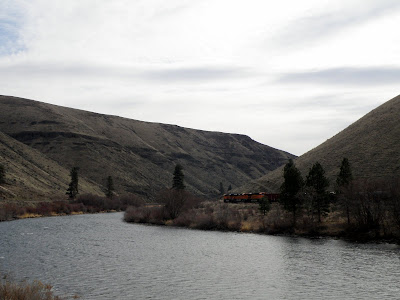 I posted yesterday with an old lousy picture from this location, this panorama might give a better idea of what can be seen [click for larger image]. The BNSF (ex Northern Pacific) wraps around below us on this side of the river. Track is visible to left and right, and in the distance just right of center. What appears to be a rail line going into a tunnel on the other side of the river is the Iron Horse Trail (ex Milwaukee Road Railway).

Oh - and a primary mission today was to determine how hot & tasty a hamburger from the Dairy Queen in Cle Elum would be after driving here, and finding a suitable sitting spot on the hillside. Still hot. Very tasty. 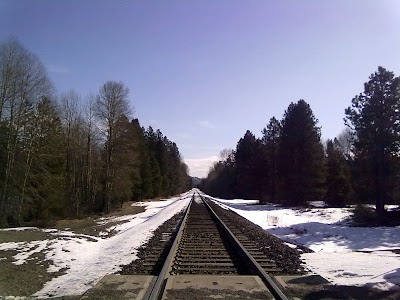 East on the BNSF [ex-Northern Pacific] 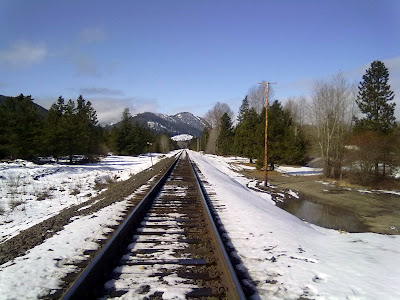 West on the BNSF [ex-Northern Pacific] 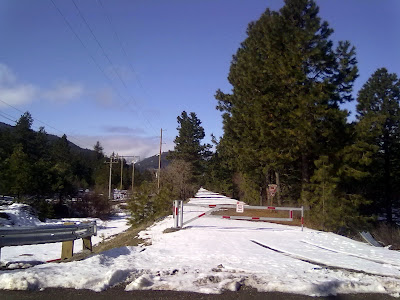 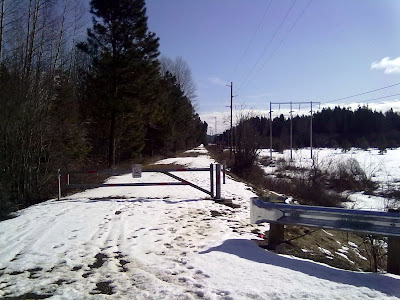 In last night's dream I sit on a hillside above the Yakima river east of Cle Elum.

Someone is with me. Probably my wife Jo, perhaps one of our adult daughters, or my sister, or a friend, but certainly someone I am entirely comfortable with.

The canyon is almost entirely in darkness. There are lights at a distant farm. The river catches the last light from the sky and reflects it back.

For sharp eyes, thin lines of light reflect from the railroad tracks, where the railheads have been polished by passing trains.

We have been talking quietly since before sunset, sitting just above where the hillside's slope breaks into near cliffs.

Now we are silent, listening to the distant sounds of a train approaching from the east - first the diesel's horns sounding their way through Thorp, then the growing throb of the diesel engines themselves.

A glow from the locomotive headlights gradually appears, then their bright illumination appears on the opposite side of the river, briefly restoring near-daylight to a sweeping patch of hillside and river and trees.

The train rounds the bend from our left to pass beneath us.

We watch and listen as the noise of the heavy diesel engines fades and the train continues beyond us, replaced by the steadier rumble & random metallic creaks of the loaded freight cars. A final surge of diesel noise marks the passage of the rear-end locomotives, and then the sounds gradually fade again.

The distant murmur of the river reasserts itself.
at 11:11 No comments: Links to this post