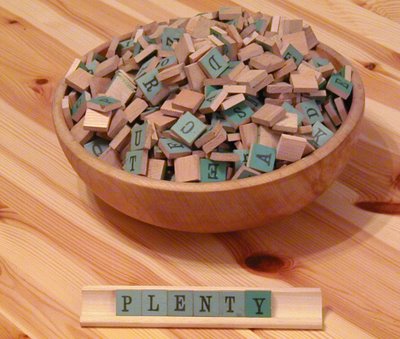 A while back Jo won these letter tiles on eBay, and they finally arrived yesterday.

There are even more than she expected: about two quarts worth.

All through the evening she kept making spontaneous remarks that it would take me a moment to realize were in reference to the tiles.

She had gotten a few identical tiles at an antique store quite a while ago, so they must have had reasonably broad distribution. We wonder what game they came from, or if maybe they were a classroom tool. 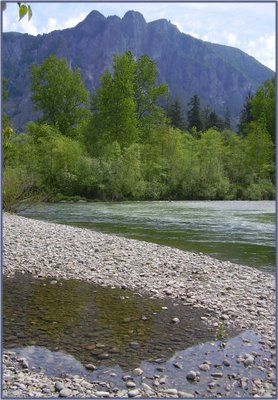 I went to North Bend in the morning, stretching my driving capacity to the limits.

Once there, Chris drove.

We took hamburgers to Three Forks Park, and ate by the side of the river just below where the North Fork and Middle Fork of the Snoqualmie come together.

Threw rocks in the river to hear the plonk or plink or plunk or sploosh.

Dozed in the sun, with Mt Si looming over us.

I tried to build a cairn of rocks on top of Chris, but it was too much work.

For a moment, a bit after that, I thought our solitude was not total, because if there was a dog swimming in the river a ways upstream, there must be people near it on the shore.

Then I realized that it was a deer crossing the river, and that another was following.

We watched them both for quite a while as they finished their crossing and moved along the riverbank. 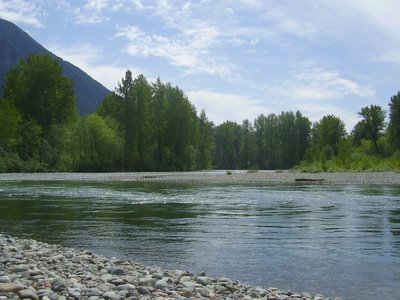 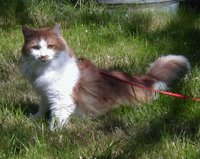 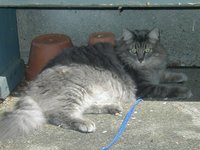 Archie spent about 45 minutes under the bench by the porch stairs. 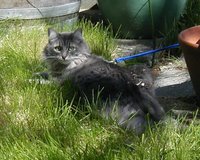 And spent the second hour not getting much beyond the patio. 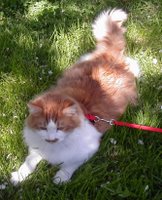 While webster went about as far as the leash would let him.
at 20:53 4 comments: