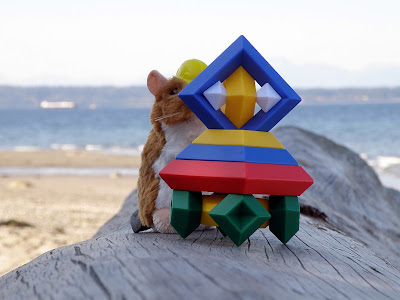 Melvin & I thought we'd have some quality time at the beach with a little construction. 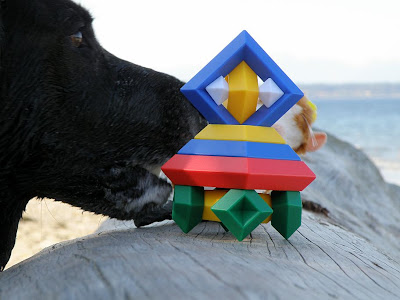 But then Gracie arrived and took an overly strong interest in Melvin. I didn't even know I had this picture until I uploaded from my camera.

After a few minutes encouragement by dog-walker - not owner so less in control - and myself, we recovered poor melvin from Gracie. 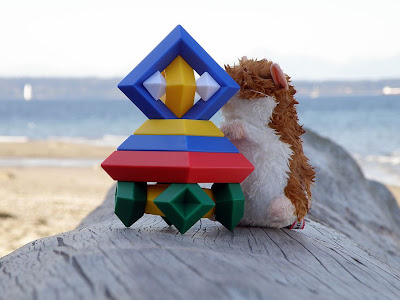 I think Melvin is holding on here to keep from falling over - he seems to have lost interest in building and still hasn't asked where his hat went. 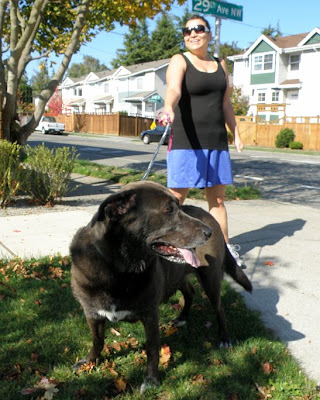 When I got up to 85th I saw Gracie & person jogging east so i caught them on the corner by our house & got a couple of pictures. She was still glad I wasn't mad, and was happy to pose with Gracie.

Melvin spent some time out on the front porch drying out. When I brought him in he was mostly dry but perhaps permanently bedraggled. Good thing he's the stunt double, though I do think this was more than he signed on for.
at 14:21

If you want, we can trade stunt doubles. I deal in bedraggled

It seems to me that it might be handy to have a post-adventure Melvin for photographic purposes.

So I'll probably hang onto him for the time being.

Feel worse at this point about my ModoPocket having gone astray as a direct or indirect result of all the confusion.