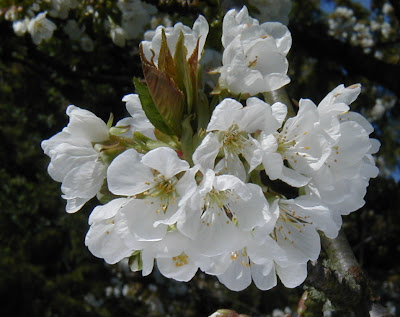 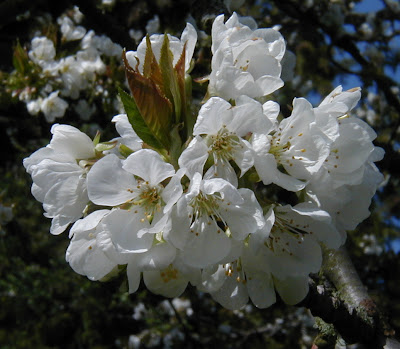 I took these two cherry blossom pictures this afternoon in our back yard. For one I used a piece of white cardboard as a reflector to brighten the shadows. For the other I didn't. Quite a difference. 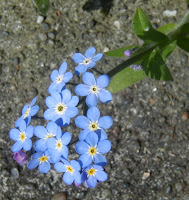 I've known since maybe 1968, certainly 1978, that a piece of white cardboard could be used that way, yet this may be the first time I've done it with sunlight. I've used it with flash a few times for Blockplay pictures, but even that was relatively recent.

At one level, that just seems weird. Why hadn't I done it? At another level it is rather reassuring to know that my head problems aren't new -- I'm still the me I've always been, just maybe more so.

It was hard to frame these while holding the camera, holding my hat to shade the camera so maybe I could maybe barely see something on the display enough to guess what I was including, and then holding the reflector as well. 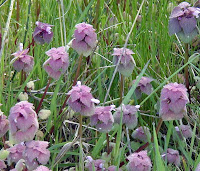 I took some pictures at Saltwater Park in Richmond Beach this morning, too, before the camera batteries died (oops - I should always have freshly charged batteries with me). Flowers up high on the hill. Not a lot of pictorial success, but I considered it good 'process' progress -- I got out of the car and took pictures. 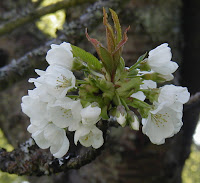 Back home this afternoon, with charged batteries, I got out in the backyard and took more pictures. I used a reflector to reduce contrast. I didn't say "I can't do this until I buy that. I can't do the other thing until I buy something else." That is progress. That is much more important, to me, than how good the pictures are or aren't. 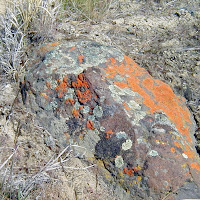 I keep trying to think of places I can find lichen covered rocks in Seattle. Moss, yes. Lichen is harder.

I've been thinking that one of the reasons I was focusing on narrower views was because the previous several hours had been filled with broad vistas.

But throughout those hours, I had looked at the vistas and thought about making nice pictures, and hadn't felt compelled to go through the process.

Another thought I've had is to compare this to the stages of block play, where the first step focuses on the blocks, and only gradually does one move toward building larger structures. 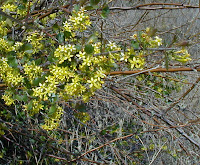 Even then, I was not taking pictures of isolated twigs or stones.

I was intrigued by the variety of lichens, by the juxtapositions of flowers and sere grasses and tumbling water.

So maybe it is the "lining things up" stage of block play, or habit of autistics.

Photography has meant a lot to me over the years. I am enjoying getting back into kinds of photography that I neglected too many of those years.

All images shot with several-year-old Olympus D=450 (1.3 Megapixel), and tweaked & cropped in Picasa.