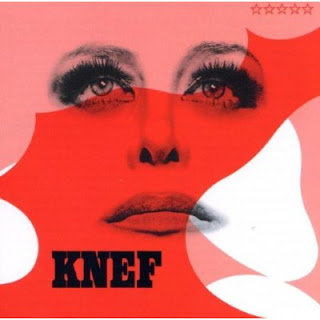 I was sitting on the couch this morning, taking another break from reading Stasiland - a wonderful but heart-shearing book of stories of secret police victims da drüben, as the DDR was known to us then - and apparently my mind circled out from those times and my post yesterday about Katja Ebstein.

The name "Hildegard Knef" came into my aimless drifting.

For a moment I wasn't sure if I remembered her as actress or singer, but a quick Google search confirmed she was both, and the opening bars of  the first YooToob clip i played - Ich brauch' Tapetenwechsel - went deep into my soul (even if the English lyrics seem a bit goofy) - it was on the record I had. As was the second - Insel meiner Angst.

For both songs, I had to move away from the computer, standing stiffly in the door of the room, muttering "holy shit" under my breath.

In various episodes of mental illness I sent versions of myself through my brain like herds of crazed wolverines followed by Attila the Hun's Mongolian Hordes* equipped with weed-eaters, attempting to rid myself of whatever memories drove me toward the abyss. I never seemed to have much success at the intended goal, but many times in the last decade of therapy I have learned how much of the good was chased away in my ineffectual attempts to destroy the evil.

I went back to the attic, but didn't find the Knef album. Is it gone?

This post is taking me a long time to assemble, interspersing writing with crying, walking around the house, listening to the same songs again, finding more, for Im achtzigsten Stockwerk, I again had to move away from the computer, to stand in the doorway mumbling.


So, I am ordering the CD of  my old Knef album, and looking to see what else I might like to get, in the affordable range.

I think now that when I found the Katja Ebstein album in 1971, I was looking for something to keep me from playing Knef over and over again - and like Mike, I think I was initially disappointed.

What I don't remember at all is why I never asked either Ruth Gottwalles or Claudia Haase to help me find some more music that I would like. Did we only talk about the music we enjoyed in the Tanzbars, not what we enjoyed on our own records?

* Back when I was young & oblivious I once wrote:


I was crazy when I started,
I'll be crazier when I'm done
that's why they call me
Attila the Hun

If you ever find yourself with even a remotely plausible belief that you have mental health problems, get therapy now. Do not let decades go by. If not for yourself, then for those who might attempt to love you.
at 12:47