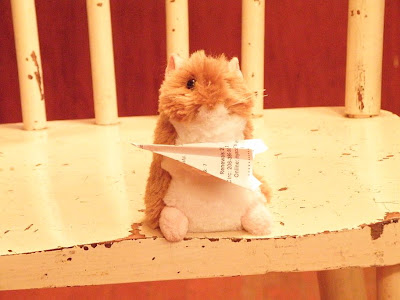 Melvin was running around making airplane noises with his "arms" held out like wings.

I've hesitated to show him how to make them because I assumed that every piece of paper would get turned inot paper airplanes.

But I thought I would risk making one out of his sight & then giving it to him.

After I made a couple of demonstration flights and give it to him, he his simply stood there & quivered.